How to Handle an IRA Inherited from your Spouse 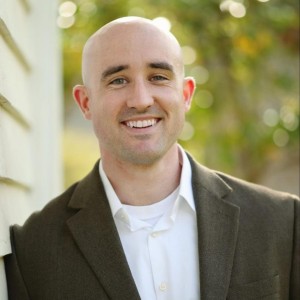 When someone passes away leaving money in a traditional IRA, the money will go to whomever is listed as the beneficiary of the retirement account. That is simple enough, and is accomplished by writing names in the appropriate blocks on the IRA form at opening.  When this happens, the beneficiary has an inherited IRA.

However, what is the person that inherits the account supposed to do with the money they have received from the unfortunate death of a loved one?

Beneficiary of a Spouse’s IRA?

If you have inherited an IRA from your spouse you have three options available.

1. Rolling the money into your own IRA.

The most common treatment of an inherited IRA by a spousal beneficiary is to simply take the money and roll it into your own IRA or “treat as your own” using the IRS verbiage.

The second option is to keep the money in the Inherited IRA held in your name. This is where the path starts to fork.

If your spouse was under 70 & ½ at the time of their death you may either take distributions based on your life expectancy (according to actuary tables) or withdraw the entire amount of the account within five years.

If you elect to take distributions based on your life expectancy, you must begin distributions by December 31st of the year your spouse would have reached 70 & ½.

John’s wife, Mary, is listed as the beneficiary on John’s IRA. John was born in May of 1950.  He dies in May of 2020. Mary elects to withdraw the money based on her life expectancy. Mary must begin taking required minimum distributions by December 31st of 2020.

If you elect to take distributions according to the 5-year rule, you must withdraw all of the money form the IRA by December 31st of the fifth year after the year of death.

John’s wife, Mary, is listed as the beneficiary on John’s IRA. John was born in May of 1950.  He dies in May of 2020. Mary elects to withdraw the money based on the five year rule. Mary must withdraw all of the money from her Inherited IRA by December 31 of 2025. Note that this is not simply five years after John’s death, but five years after the year in which John died.

If you spouse was over 70 & ½ and you elect to keep the Inherited IRA then you must use the life expectancy method. In this case, you will either take required minimum distributions based on yours OR your deceased spouses remaining life expectancy at the time of their death. You don’t have a choice here. Your required minimum distribution will be based on whichever of the two life expediencies is longer.

Lastly, you may choose to simply take the money in a single, immediate, distribution. Of course, you will pay income taxes on the entire amount, although you will not be subjected to the 10% early withdrawal penalty, even if you are under 59 & 1/2.  Make sure you fully understand the tax ramifications before making this choice